How the Public Affects Medication-Assisted Recovery 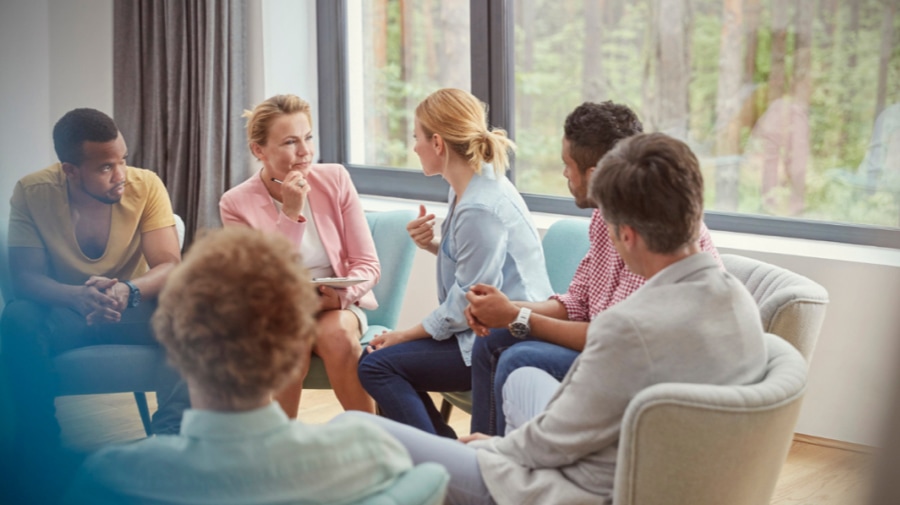 The misuse and addiction to opioids have turned into a national crisis that has had severe impacts on the country’s social, economic, and public health welfare. In 2019, the country recorded approximately 50,000 deaths from opioid-related overdoses. In addition, the use of opioids, either as pain relievers, heroin, or synthetic opioids, has grown beyond imaginable levels.

The Center for Disease Control and Prevention illustrates that drug overdose deaths involving opioid-related psycho-stimulants such as methamphetamine are constantly increasing. That’s why there has been an aggressive push for Medication Assisted Treatment (MAT) in recent years.

What is Medication-Assisted Treatment (MAT)?

The Food and Drug Administration (FDA) defines Medication Assisted Treatment as using a combination of medical support and approved behavioral therapies in treating opioid addiction. MAT has been seen as an option that cannot only treat but sustain recovery from opioid use disorders. Besides full recovery, medication-assisted treatment has been known to have multiple benefits, such as:

The federal government is aggressively involved in using MAT to treat opiate addiction cases across the country. However, public attitudes toward using this treatment have been a significant barrier to fully implementing laws, policies, and the strategies used in medication-assisted recovery.

The efforts towards the opioid epidemic are not questionable. The federal government has been using considerable resources to deal with this problem. However, negative public opinion in specific areas has been an Achilles’ heel in eliminating this epidemic.

The use of MAT approaches in treating opioid addiction has been seen as a direct contravention of the Controlled Substance Act by the public. In this case, the government supports controlled substances in treating addiction cases. However, some specific provisions allow physicians to use controlled products in opioid treatment.

One of the common public outcries is based on the idea that MAT treatment is based on substituting one opioid for another. Therefore, the country is not doing anything to deal with the excruciating ‘opioid pandemic.’ This argument has become prevalent even though MAT is an evidence-based treatment approach.

The Efficacy of the current treatment is not questionable. However, the consistent negative perception from the public has scared potential patients away, which has derailed the fight against the opioid pandemic in the country. No opioid addict will look to treat their dependency on another opioid-related product. That is why the fight against the opioid pandemic is stagnating.

Legal issues surrounding approved drugs in treating opioid dependency are very complex. As a result, many bodies are involved in the certification process, such as Drug Enforcement Agency, Food and Drug Administration, and Mental Health Services Administration (SAMHSA). These bodies are actively involved in the regulatory process, and they generally want the treatment drugs to fall on the right people.

However, the aggressive nature and the vast procedures that the addicts have to follow have elicited some public emotions. There is a feeling that getting assistance is complicated and time-consuming. That is why some people opt to stay out of the treatment programs as they don’t want to go through the regulatory bodies.

There are other complexities involved in the selection and use of treatment products. For example, the restrictions on the use of methadone are beyond imagination. Those using this product require supervised medication and regular urine testing. Unfortunately, the public views such laws as unnecessary and embarrassing, thereby derailing medication-assisted recovery.

Additionally, there’s less training and awareness on some laws regarding the purchase of opioid drugs. For example, the Illinois Emergency Medical Services Access Act of 2012 prohibits prosecuting people caught using methamphetamine if they’re seeking overdose treatment. However, the public believes that such laws allow drug offenders to continue with opioid use without facing legal implications.

Tribal communities in the rural parts of the country have also played a role in derailing the fight against opioid use and addiction. The National Institute of Health (NIH) indicates that tribal communities, including American Indian tribes, have been proposing total abstinence of treatment recommendations.

The approach used by the tribal communities, especially those living in California and Alaska, has had severe impacts on the fight against the opioid pandemic. Studies show that such communities have the second-highest opioid-related deaths in the country. Therefore, public opinion is lowering MAT treatments and worsening the situation.

Public opinion is not only affecting policies, laws, and taboo-related medical-assisted treatment strategies. According to the Johns Hopkins Bloomberg School of Public Health, the public tends to sympathize with people with mental health challenges compared to those suffering from drug addiction. However, mental illness and drug addiction are both treatable and chronic health challenges.

The study indicates that the public has a negative opinion of opioid addiction and may not support employment, housing, and insurance policies that benefit people dependent on drugs. In addition, drug addiction is not perceived as a treatable medical problem such as heart disease, but as a personal failing that does not need any support but individual efforts.

It has also become socially acceptable for people to talk about mental health cases and the drugs used to deal with such issues. However, it’s still not acceptable to talk about drug addiction and the best recovery strategies. As a result, drug addicts have been made to feel weak and unwanted. Such perceptions have had negative impacts on the opioid war strategies in the country.

What’s Next for Medical-Assisted Recovery?

Both federal and state governments have adopted strategic approaches towards opioid addiction. Different agencies are currently collaborating toward the full implementation of medical-assisted treatment. Although the effort has brought tangible results, much needs to be done in educating the public on the current treatment procedures. Shaping public opinion toward supporting MAT will play an influential role in dealing with opioid use and addiction in the country.

TenEleven Group is a certified software and services company committed to providing solutions to health agencies in their end-to-end intakes. We support the fight against opioid use and addiction through an integrated approach.

Our Medication-Assisted Treatment module is comprehensive and offers billing, clinical, and medical functionalities to your medical facility. Other benefits from our software include;